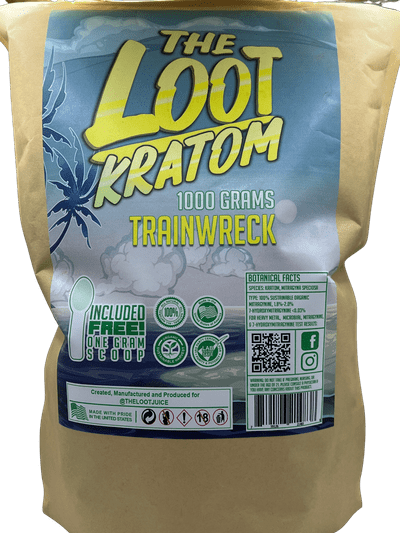 Most informational guides you find online will tell you that Maeng Da Kratom is the “strongest” variety of Kratom on the market.

Maeng Da Kratom has been developed through crossbreeding and primarily grafting. Grafting is the process of taking a sapling and splicing it to a root base of another plant. This benefits the end user in two ways. First, using the root system of a heartier variety of Kratom will help during years of extreme weather, droughts, monsoons, or unpredictable temperature variations. Second, the leaf producing branches that have been crossbred to produce more potent chemical concentrations may produce denser foliage, bigger, leaves, and heartier buds. Just about every aspect of the tree is considered when breeding trees for harvesting because all aspects of the weather, location, water, sun, and even soil can affect crop production. The result with the Maeng Da Kratom is a chemically dense and dark leaf that has a higher content of mitragynine, 7-hydroxymitragynine, and mitraphylline, the active compounds in traditional Kratom trees.

Maeng Da Kratom is primarily derived from the Thai Kratom tree. Because of its strong propensity for physiological effects the new strain was named after a local delicacy, the giant water bug native to wet areas of Thailand known as the Lethocerus Indicus. In Thai, the name Maeng Da is also slang for “pimp”. It is used in the “pimped out” way to describe something that has been maxed out in utility and attractiveness. The Kratom leaf is “pimp grade” in terms of its alkaloid contents and physiological effects as compared to other strains of Kratom. This is what makes Maeng Da Kratom so special.

There are no reviews yet.